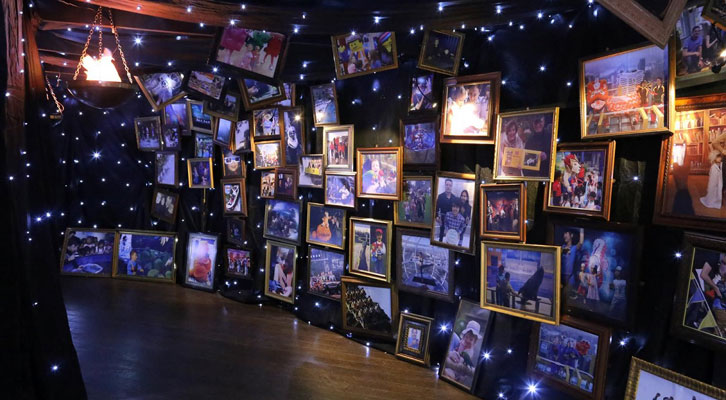 For the third year running Merlin appointed Conference Craft as its production company for their annual management conference. Focusing on the growth of the organisation with a theme “The Quickening“ a magical Merlin’s workshop was built within the stateroom at Alton Towers. The whole set and stage was lit using a combination of moving effect lights and LED lighting giving multiple colour changes to suit the mood of the presentations. Two screens incorporated into the design were used to show video and graphics content along with an interactive voting system to involve the audience in a fun way throughout the presentations. For the final gala evening the room and set was turned into a magical forest with the stage area the outside entrance to Merlin’s workshop. Pyrotechnics were used during video clips to build the drama and dry iced filled cauldrons on the tables used during dinner as centrepieces.